From Wellington, we travelled to the South Island, where we stayed in Picton, Nelson, Greymouth, visited the Pancake Rocks and Blowholes, drove to Methven, Kaikoura and Christchurch, and travelled to Hamner Springs and Twizel and hiked to Mount Cook, New Zealand’s highest mountain.

Sadly, this is going to be the last Middle-Earth New Zealand post. Of course we saw a lot more than just the things we posted about, and technically New Zealand is Middle-Earth, but these were the parts that were actually used in the movies. So, shall we begin?

We heard about this Lord of the Rings tour thingy in Christchurch, and because the brochure looked amazing, we thought, why not? and went ahead and booked it. It was for every filming location in and around Queenstown, a pretty little town in the south. The tour guide picked us up, and we drove to location one in Arrowtown: Isildur being attacked by orcs, trying to escape them by putting on the Ring but losing it in the river and getting killed. 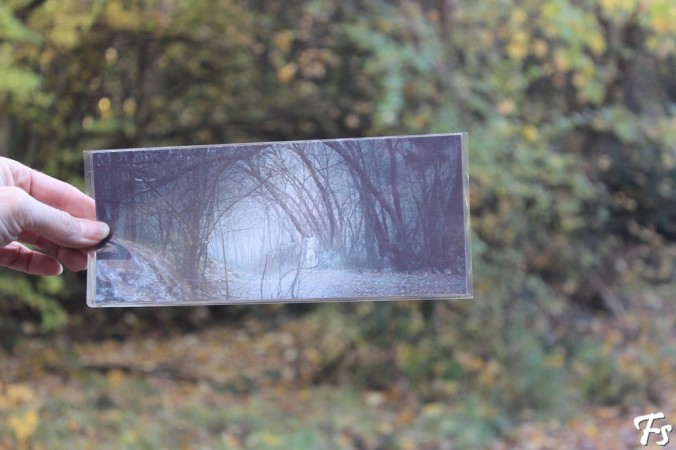 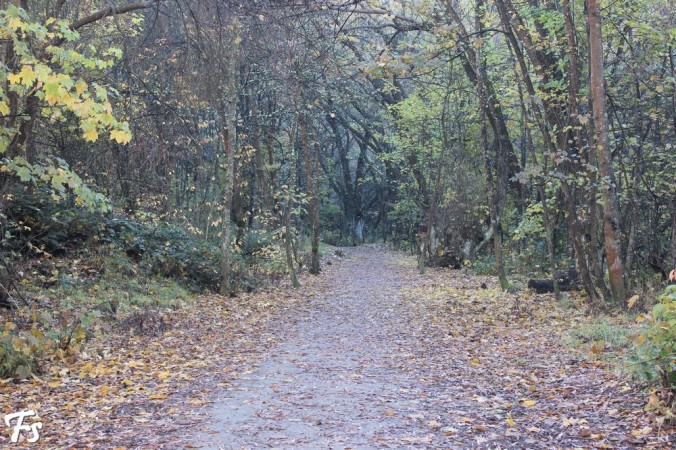 After that, we went to the place used for the Argonath scene. It’s such an impressive scenery, and I get goosebumps every time I watch that scene. In real life, though? Not much to see. Sure, it’s beautiful, but we’ve said before, it’s New Zealand, so everything is beautiful. Of course we didn’t expect there to be the huge statues, but it was still a little disappointing. Although, I have to say, the blue of the river looked like something out of a drawing – you may not really see it on this picture, so you’re going to have to take our word for it. If we were any good at photoshopping or anything like that we would have loved to put their weapons in our hands; but since we’re not, here is us looking absolutely ridiculous trying to look as badass and awesome as the Argonath. 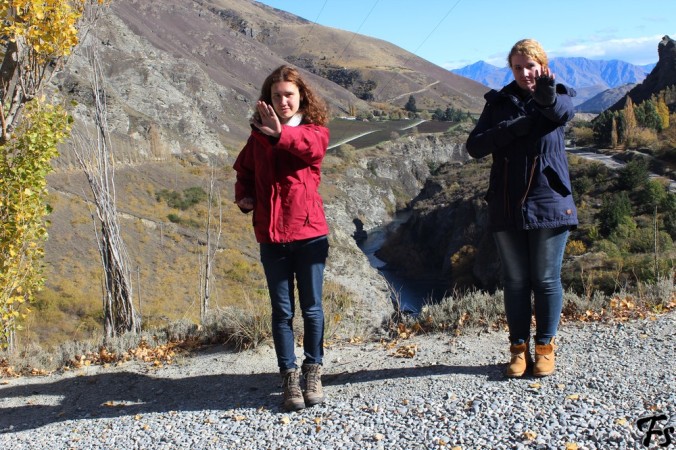 Next: the oliphants and Sam cooking the stew. Yes, that was filmed at the same location. The only difference between the two was someone holding a branch over Sam and Frodo looking at the oliphants. How’s that for a fun fact. I mean, can you imagine your job being holding a branch for hours and hours? 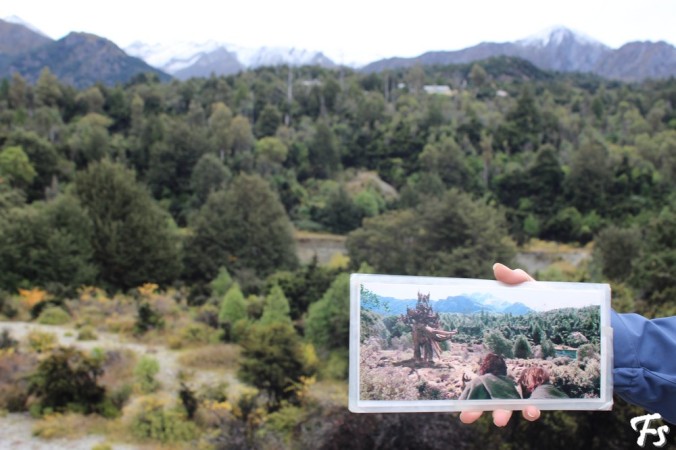 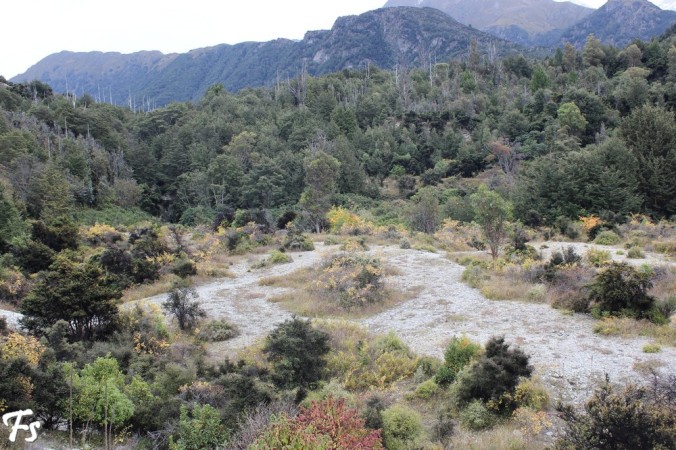 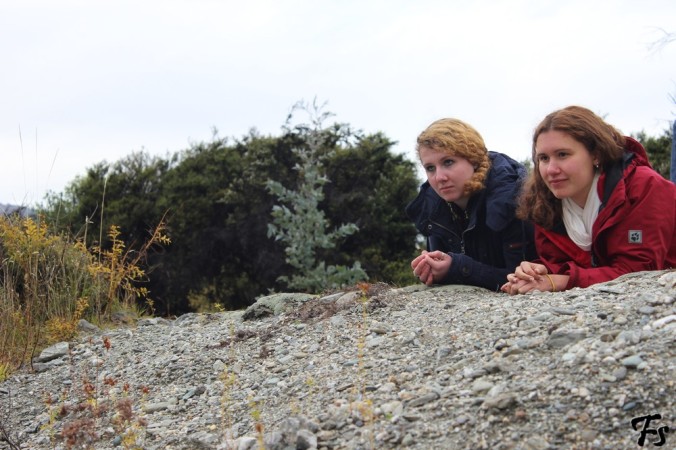 We later realized that we should have looked more impressed… 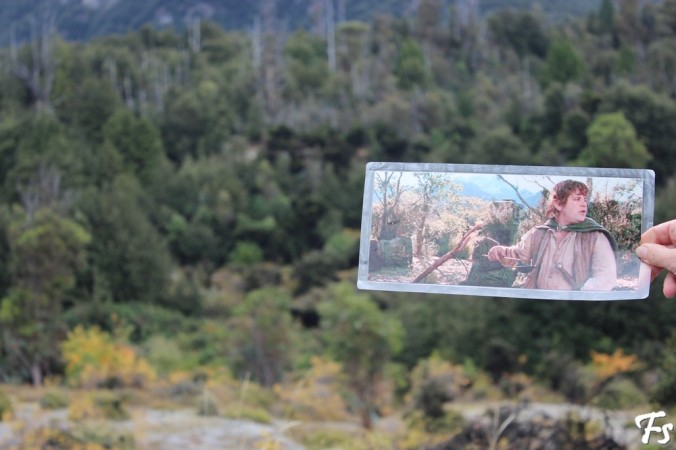 Then we went to the woods to where they filmed the scene with Faramir and the rangers after “kidnapping” Frodo and Sam. 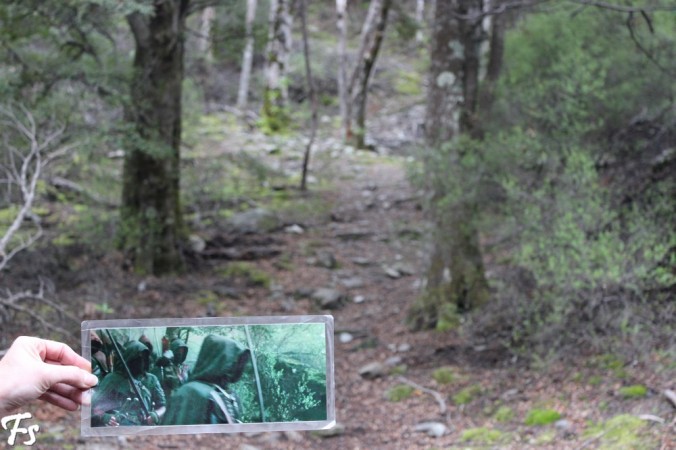 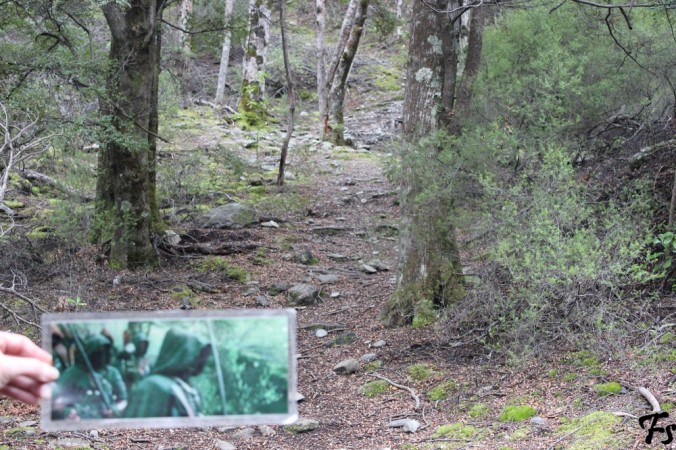 Afterward we drove to Lake Wakatipu. Now, this is where the real fun started. Yeah, sure pretending to be the Argonath and Frodo and Sam looking at the oliphants was fun, but at the Lake we got to play with some props. Not the original ones, of course, but come on! How often can you say that you played with the weapons from The Lord of the Rings?! It’s f*ucking awesome! That alone was totally worth the money we spent on that tour. 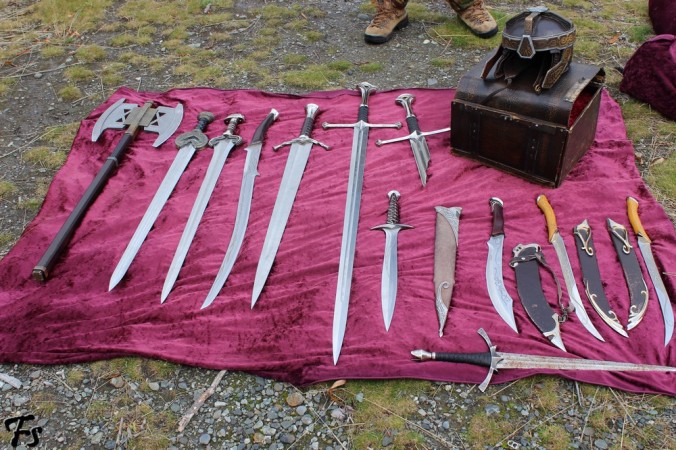 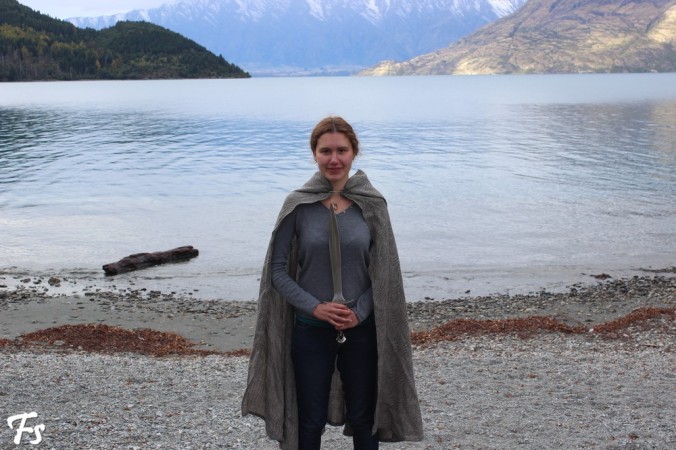 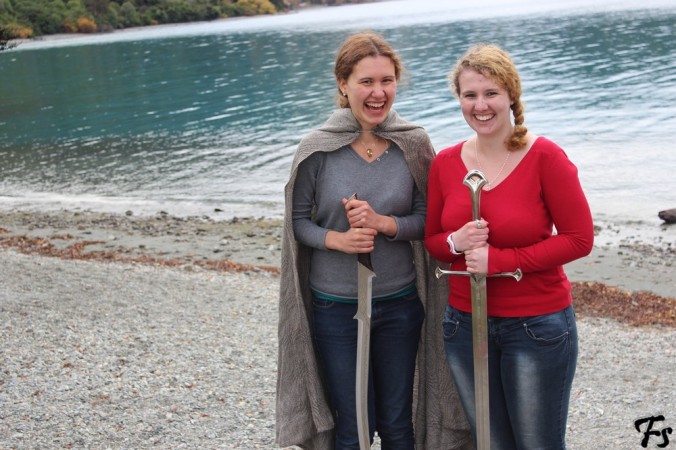 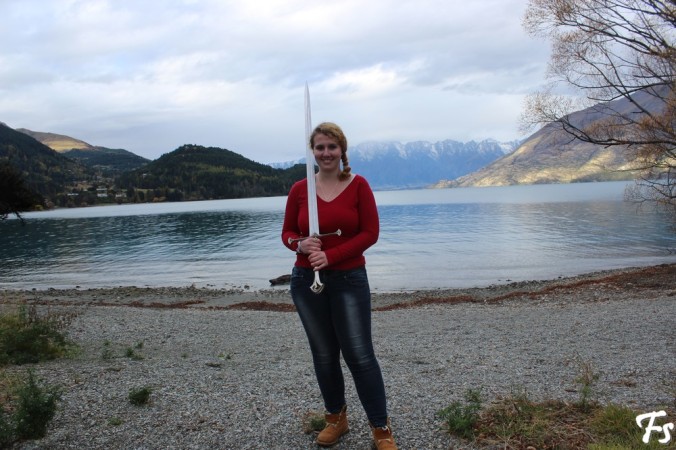 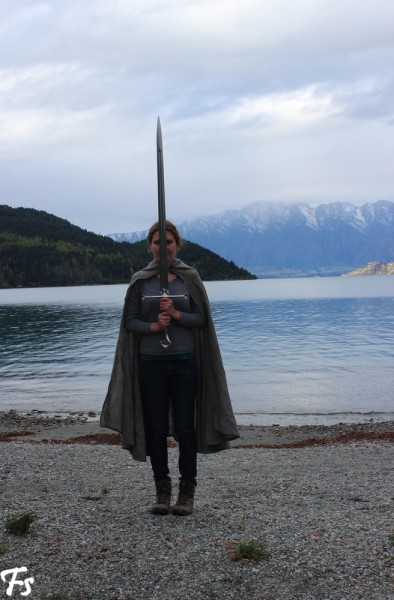 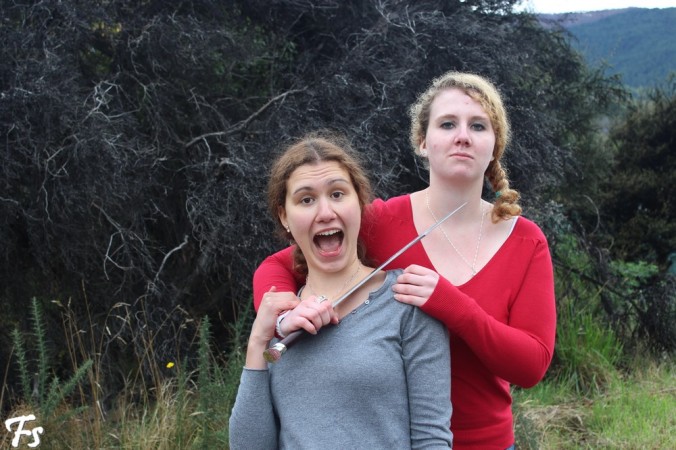 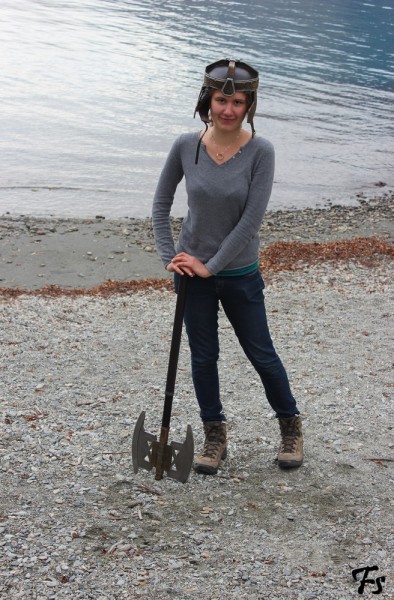 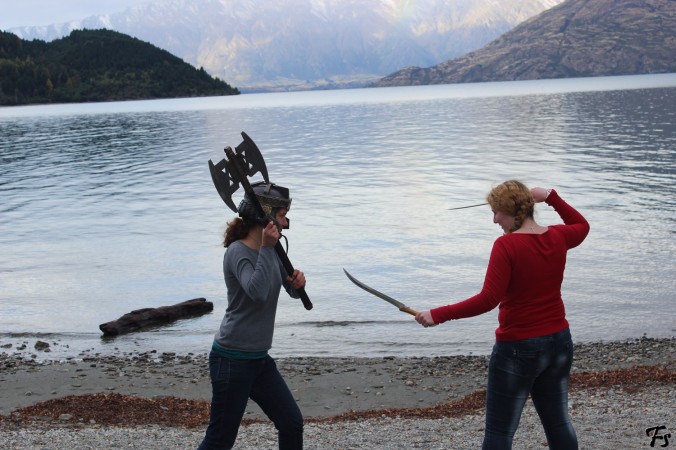 As said above, this is the last Middle-Earth focussed New Zealand post – but fear not (or do?), we shall post more about New Zealand, if only to show off the beautiful pictures we took.