I’m out of witty (AKA stupid) ways to start off these posts, so here’s another Merchandise Monday, without much of an introduction.

Since we didn’t get to see the original Minas Tirith in New Zealand, I decided I wanted to have it standing in my room. It was in the collector’s edition of The Return of the King, but since the last time they sold of of those was 2004, there was no way I was going to get one from walking into a store. So: ebay. Which is why it’s a bit broken; there’s a piece missing in the front and the tower seems to think it’s in Pisa, but other than that, it’s amazingly awesome. Also, it’s Minas Tirith. In really small. Standing on my shelf. 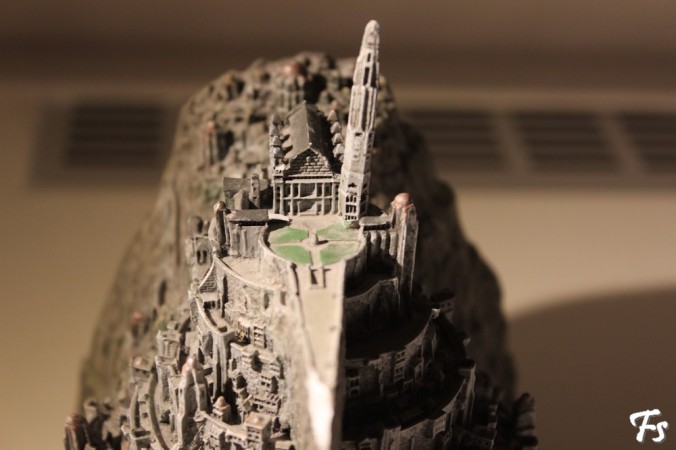 It’s about 10 cm tall and there’s all these cool little details! 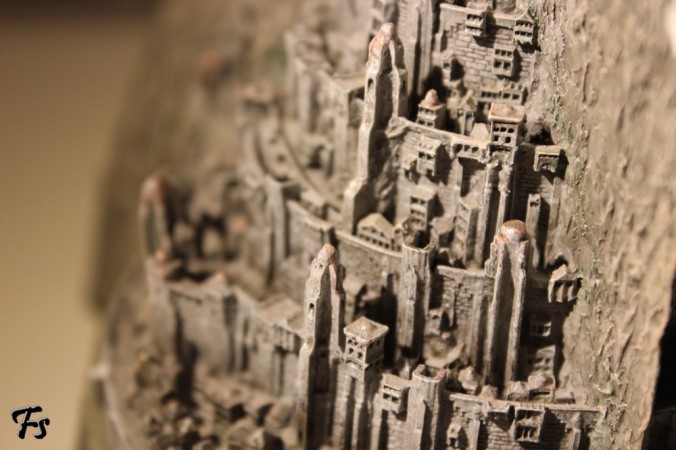 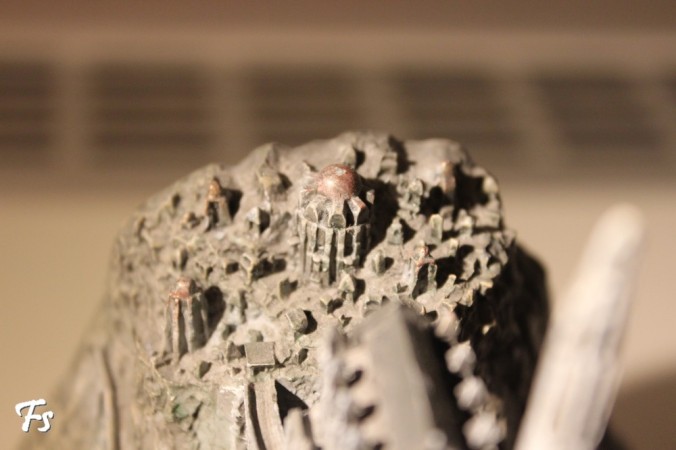 It’s also “signed” at the bottom.

And it’s grey, which doesn’t really show on these pictures, sorry. The lighting sucks.