I went to see Deadpool yesterday! We’ve been waiting for this movie for a while now, so of course I’m gonna talk about it.

Spoiler free! But since the movie is Rated R, I might drop a few f-bombs myself. So, language warning? Is that a thing?

I don’t even know where to start. So I’m gonna say this: I haven’t read the comics, I’ve only seen pages here and there. Which means I can’t compare it to the comic books, and only give you my opinion of it as a movie, rather than an adaptation of the comics.

I’ve read bits and pieces about what fans of the comic were expecting, though. And based on that, I’m going to make a couple of assumptions. Mostly about whether or not this movie is what people want it to be. 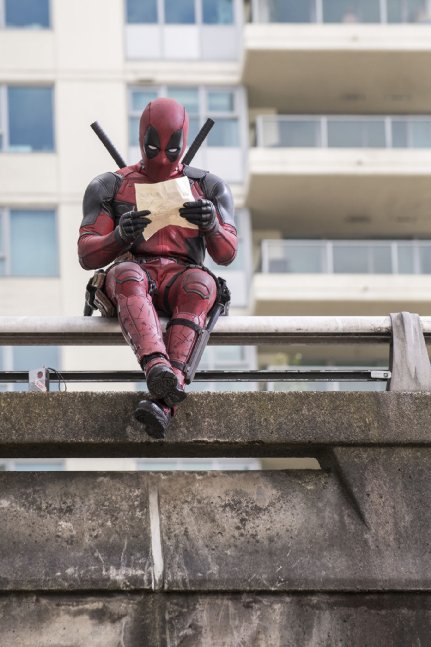 Okay, here we go. First of all, the humor. I have rarely sat in a movie – any movie – where people laughed as much as they did in this one. It’s very meta, with Deadpool breaking the 4th wall on many occasions; and that’s not an easy thing to do. I think it’s a very hard thing to do, having a character break 4th wall without it being cheesy or just plain bad. They did it in this movie, and they did it in the most fantastic way possible. And from what I’ve gathered, that’s pretty much how it’s supposed to be. It’s also a huge part of the whole Rated R thing. If you didn’t know before, you’ll understand now why Deadpool is also called “the merc with a mouth”.

Then there’s the opening credits. They were fucking awesome. It’s like, the movie starts with that, and you just know that it’s going to be fantastic.

Ryan Reynolds is a great Deadpool. Watching this film, you can see how much fun he had doing it, and it’s amazing. Colossus (Andre Tricoteux) and Negasonic Teenage Warhead (Brianna Hildebrand) are awesome additions, because Colossus is the opposite of Deadpool, and Negasonic Teenage Warhead is, for one, a teenager – whose angsty side Wade Wilson likes to address -, and, most importantly, badass in the action scenes. 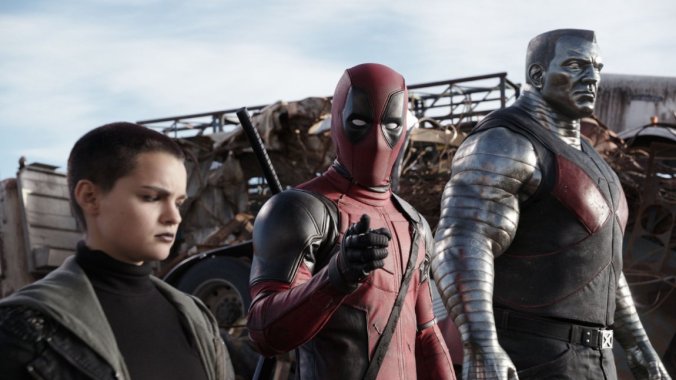 The action sequences are fucking fantastic. They’re dirty and bloody, and they don’t shy away from either. The action is also a huge part of the reason why this is Rated R. There’s heads being kicked around, brains being shot out of heads, limbs being cut off… so maybe don’t go watch this movie if you can’t stand things like that.

The execution of the plot was also done in the best way possible. They go back and forth between what happened before Wade Wilson became Deadpool, and what’s happening “now”, which makes the past a hell of a lot more interesting than it would have been had they done it in chronological order.

And that’s about it. Sorry for the long post… I’m trying really hard to make them shorter! I just… well, I suck at writing short things.

If you’re still with me, here’s the rating I’m giving this movie: Outstanding. It’s the best Deadpool movie they could have done (especially after sewing his mouth shut in X-Men Origins: Wolverine), and one of the funniest (action) movies I have ever seen. But it might not be for everyone, so if you don’t like having people on the screen talking dangly-bits and dropping a shit load of f-bombs and cutting off limbs, you might not want to go see this particular movie. But if you enjoy action movies, comedies, and anti-heroe-movies – go watch Deadpool!