I have now seen Avengers: Infinity War twice and feel like I can form coherent, critical thoughts and put them on paper (or a screen)…

Who am I kidding? That movie still has me exactly as f*cked up as I thought it would, and I don’t think I can form anything coherent. And I also doubt I can actually form critical thoughts about it without spoiling it, and I don’t want to do that. So I’m just going to express my emotions with moving pictures of other people showing emotions. Which is my strange way of saying: this post is to be mostly made of reaction gifs.

No spoilers from me! In case you haven’t seen the movie yet and have somehow managed not to be spoiled, I won’t be the one to do it, so you can safely read on.

When the movie starts off right where Thor: Ragnorok left off (that’s not a spoiler! We all presumed it would start like that, I’m just confirming), I just went *did they just-?!*

That’s it. That’s my reaction for the entirety of the movie.

…with every minute the movie went on and started building and building.

Every time Thanos was on screen, I went from

And then I had about 10 minutes to sort of recover from the movie until the post-credit scene, which was had me like

All in all, I left the movie theatre with a lot of emotions, basically just going

The movie is fast and does not slow down one bit. There’s a scene and a half that are a tiiiiiny bit slower, but that’s it; so you’re basically sitting on the edge of your seat for two and a half hours, which is a bit exhausting. There is also, as we all know, a lot of characters, and they’re not necessarily all at the same place, so the scenes change all the time. That has the effect that some of the emotional depth this movie could have has is lost, because there is no time to react to anything, because the next thing is already happening.

The acting, the action and the effects were amazing, of course, but that was to be expected. Everyone did the best they could with what they had.

I also like that they gave Thanos a reason for doing what he’s doing. He’s not just some maniac with a stone collection, he has an ideology that he strongly believes to be right, which makes it frustrating to watch him do his thing. Especially because I, for one, couldn’t help but agree with him a little bit, even though I don’t agree with his methods, of course.

Rating: Acceptable. I’m not sure what I was expecting, but it wasn’t this; it’s not a bad movie, it really isn’t – it’s just not what it could have been. I really missed the emotional depth! There is so much going on, and there are so many things I would have liked to have the time to fell, but there’s just not. The movie left me breathless in the sense that the pacing is too fast. But I sort of enjoyed what they did with Thanos. And that they finished with the cliffhanger of the century – I can’t wait for next year, when Avengers 4 comes out! 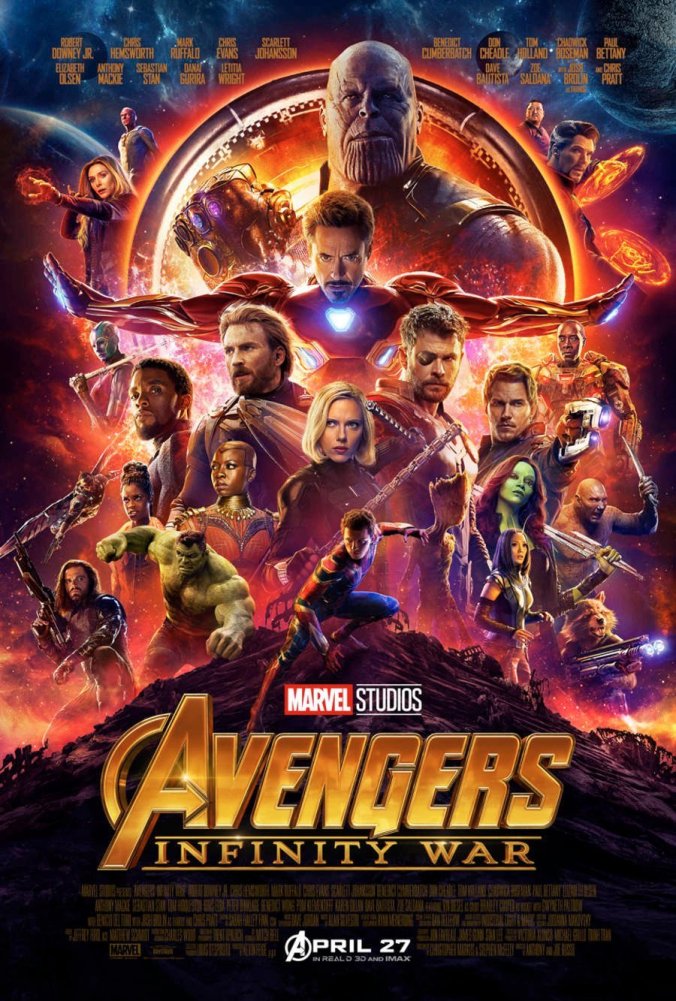